admin
A history documentary on the Rise of Sparta and its Royal Guard! Check out The Great Courses Plus to learn about the history of the Greeks: http://ow.ly/WVFY30reUeL

In this history documentary we explore the best of the best that the Spartan Army had to offer, the hippeis or 300 Royal Guard. The video begins with a history of Sparta staring from its slow development during the bronze age and emergence as a regional power in the early archaic. At this points its armies featured bands of elite armored warriors accompanied by their lightly armed retinues. Using these forces, Sparta was able to gain control of the communities to its south in Laconia and to its west in Messenia. These wars made Sparta the largest polis in all of Greece. However such vast territories were difficult to manage and were subject to frequent uprisings. Historians now believe that around the 6th century, Spartan government and society was thus reformed to better deal with its domestic issues. This mean grouping its subjects into the classes of Helots or Perioikoi whilst more strictly controlling what it meant to be Spartan. Through these changes the army was reformed into one of a massed militia whereby the whole army would fight on foot. Thus Sparta's previously mounted forces of the Hippeis dismounted to join their comrades and became the Royal Guard who defended the King of Sparta in battle.

The sparta documentary then covers the equipment of the guard which was typical of most greek army forces. We then discuss how guardsmen were recruited through a selection process each year and what sorts of spartan training and spartan workout activities they took part in. The video then discusses their military tactics and role in hoplite warfare. Finally we then cover the service history of the guard which stretches from the Greco Persian wars to the Peloponnesian war. This includes discussions of the 300 spartans at the battle of Thermopylae, the battle of Mantinea, and the battle of Leuctra against Thebes and the Sacred Band. 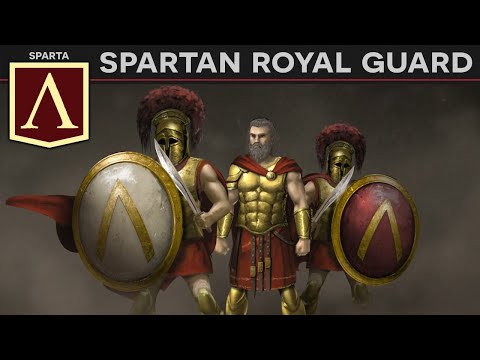 A history documentary on the Rise of Sparta and its Royal Guard! Check out The Great Courses Plus to learn about the history of the Greeks: http://ow....